Echoing Hope Ranch in the Media 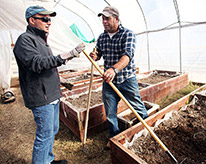 Upon entering Echoing Hope Ranch, a 1,000-square-foot greenhouse can be seen to the left.

The nursery contains several plant beds of carrots, romaine lettuce and caraflex cabbage.
A group of four worked the plots on Tuesday morning in preparation for an upcoming harvest. read more

The coming avalanche of autistic adults:
Autistic children never really grow up. How are we going to take care of them?

There do exist a few innovative residential/service options for a small number of autistic adults, such as Echoing Hope Ranch in Hereford, Ariz. It’s a non-profit working ranch for teens and adults with autism founded in 2009 by a parent, Marla Guerrero. Combining Medicaid, Social Security, donations and some parental contributions, Guerrero has developed a model program for seven full-time residents who are capable of some independence. She helps them engage in productive work both on and off the ranch, such as caring for a garden. read full article 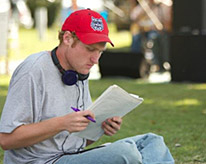 At first glance, Echoing Hope Ranch looks like the other farms and ranches that mark the landscape in Hereford, Ariz.; however, the programs and residents make EHR truly unique. Created six years ago, EHR was built with the goal of providing residential and in-home care for adults with autism in Cochise and Pima counties.

When her son Jonathan Townsend was nearing the point where he would “age out” of the autism program at Rincon High School, Harlie Garcia and her family began to explore options for Jonathan’s continuing care. read more 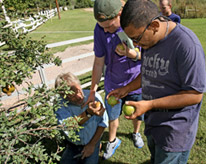 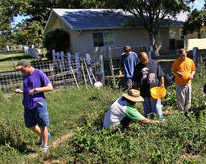 Ardith and Larry Tenison were willing to do just about anything to help their son — even uproot and move from Oregon to Southern Arizona. Their plight is a common one for parents of adult children with severe autism.

After searching nationwide, Ardith was thrilled to get Alex a spot at Echoing Hope Ranch in Hereford. Her son has been living there for several months now while she and her husband are about an hour away, in Vail. read more 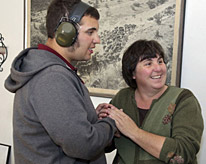 Steller: Ranch for young adults with autism goes on, despite death

Chris Guerrero was at the supermarket last year, with a shopping list for his new little home, when a problem arose: He wanted something on the grocery-store shelf that wasn’t on the list.

For a person with autism, as Chris was, this can be a paralyzing problem, his mother, Marla, told me. You can cross everything else off the list as you grab it, but how do you put something in the cart if it’s not on the list?. read more